You will learn a lot of interesting things about the mysteries of history and disappeared civilizations, about the secrets of time and space, about gravity and black holes, about the structure of the Universe and the human body, about string theory and the secrets of human consciousness.

We have compiled for you a list of 20 popular science series with which you will not only spend your evenings enthusiastically, but will also be imbued with the “spirit of discovery”.

This cult movie is often called “the greatest educational series of all time” and has not lost its relevance even after 30 years. Carl Sagan, an astronomer and biologist, the most famous popularizer of science, had an amazing ability to talk about complex concepts in simple language and without compromising the content. The film tells both about the structure of the universe and the history of life and the history of mankind. A separate line of the film is the search for extraterrestrial intelligence: Carl Sagan is one of the founders of the SETI search for extraterrestrial intelligence. If you’re even a little curious about how the universe works, take a 13-episode journey into space with this documentary series.

2014 American non-fiction documentary series. The project was a continuation of the 1980 series “Space: A Personal Voyage”, hosted by Carl Sagan, and at the same time its reboot.

“We want to make a program that will not just continue the first series, but will reflect the time in which we created it, so that it is immediately clear that it is intended for an audience of the beginning of the 21st century,” host Neil Tyson said when work on the project was underway. In 13 episodes of the series “Space: Space and Time” tells about the latest scientific discoveries in astronautics, astrophysics and other fields.

This mini-series was filmed in 2003 based on the best-selling book by American physicist and popularizer of science Brian Green about string theory and M-theory.

Elegant Universe hosted by Brian Green. Here you will find interviews with the most interesting string theorists, as well as with Nobel laureates Steven Weinberg and Sheldon Glashow, modern computer graphics and simple but fairly accurate analogies reveal the basic concepts of the theory of relativity, quantum mechanics and explain such features of string theory as supersymmetry, 11 -dimensional universe, Calabi-Yau spaces, branes, etc.

This cycle of films is not at all like a tedious walk through the museums of the world. Instead, we offer you something unusual and exciting, similar to a parachute jump into the volcano of the creative imagination of eight geniuses of painting: Caravaggio, Rembrandt, Picasso, Van Gogh, Turner, Rothko, David, Bernini. This is the only way to imagine, feel and appreciate how the greatest masterpieces of painting on Earth were created.

This documentary cycle of the History Channel is dedicated to the mysteries of history associated with missing persons, blank spots in the biographies of prominent figures in politics, culture, sports, and inexplicable disappearances of ships and expeditions. Each episode tells about a mysterious and inexplicable incident at first glance. 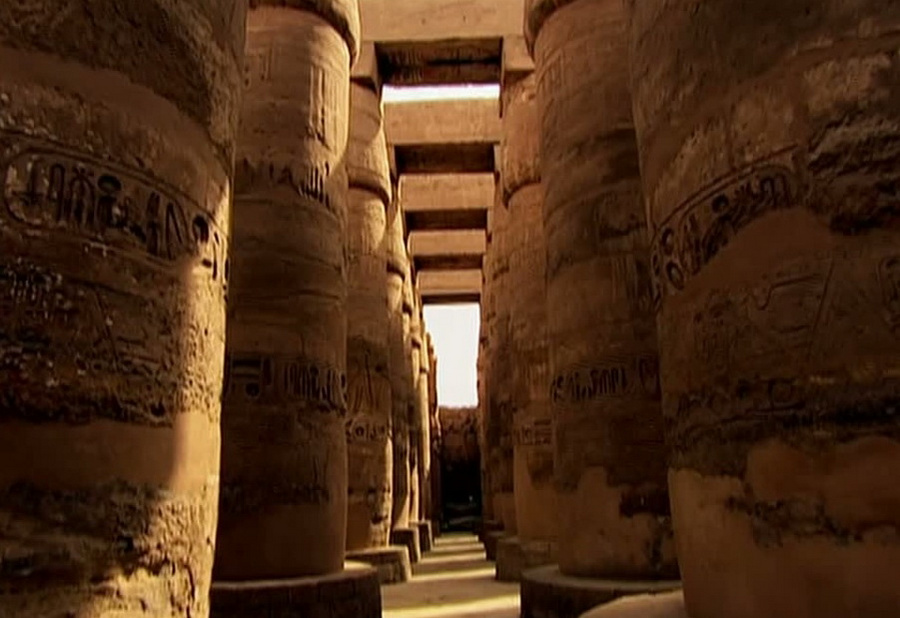 A cycle of documentaries that is dedicated to the mysterious and interesting world of history. It will be about the secrets of ancient and modern civilizations. From the castle of the real Count Dracula to the atomic bunkers of the 1950s, the history of temples, fortresses, lost civilizations.

Who are we? Why are we here? Where did we come from? These are the most fundamental and age-old questions we can ask ourselves. And this is an integral part of human nature, which seeks to find answers to them. We can trace our lineage back hundreds of thousands of years to the very dawn of mankind. But in fact, our history goes much deeper.

Our universe began about 13.7 billion years ago. Today it is filled with over 100 billion galaxies. And each of them contains hundreds of billions of stars. In this documentary series, Professor Brian Cox tells the epic story of our universe, showing that we are an integral part of it.

For thousands of years, people have been fascinated by the starry sky. Professor Brian Cox invites you to take a breathtaking 5-episode journey into the depths of this unknown space to see with your own eyes the true and amazing beauty of the solar system. Better than an astronomy textbook.

This mini-series tells how, 3.7 billion years ago, some fundamental laws gave rise to the most complex, diverse and unique force in the universe – life. Light, gravity, time, matter and energy are the building blocks of everything from the smallest microorganism on Earth to the largest galaxy. There are currently estimated to be 100 million different biological species on Earth. The Wonders of Life tells the story of the amazing diversity and adaptability of life in relation to the patterns that govern it. From the movement of chromosomes during cell division to the electrical spark that causes muscles to contract, this series reveals the secrets of life in the most unexpected places and in the most stunning detail. Host – Professor Brian Cox (5 episodes of ~59 minutes).

The title of the film can literally be translated as “Naked Science”. This is a popular science and documentary series of the National Geographic Channel dedicated to topical scientific and technological issues, mysteries and problems of our time. Both recognized historical facts and supernatural and paranormal phenomena, natural disasters and catastrophes are considered.

The film was shot using special effects that provide the effect of presence. Each episode is presented in the form of an entertaining and easy-to-watch scientific lecture for the unprepared viewer.

The mini-series “Inside the Human Body” most vividly and accurately, but at the same time, describes a person as clearly as possible, as an incredible phenomenon in the life of the planet. This popular film, shot with the help of modern technology, tells about the most important processes occurring in our body. Michael Mosley gives us a fantastic journey through the universe that is within us.

This 18-episode documentary is dedicated to the fate of the famous healers of souls, scientists of the 19th-20th centuries, who stood at the origins of modern psychoanalysis, psychiatry and hypnosis.

Among the themes of the series: Sigmund Freud’s theory of the sexual development of the personality and the circumstances under which he created his theory, which changed the minds of many people; the story of the Italian psychiatrist Cesare Lombroso and the system he created that determines a “born criminal” by a person’s appearance; hypnosis by Dr. Charcot; the techniques of Carl Jung, which he tested on himself before applying to his patients; Austrian psychologist and psychiatrist “King of complexes” Alfred Adler, who first used the term “inferiority complex”.

“Archetype. Neurosis. Libido” are stories of great discoveries made by trial and error, and sometimes at the cost of one’s own personal life.